Here is a round up for rumors I have came across and are currently hearing:

-       Luis Valbuena name is coming up more and more but the Cubs are not simply going to give him away.  Ken Rosenthal said the A’s have interest and could come back to get him.  Tom Loxas from Chicago Insider tweets that the A’s acquiring Valbuena could net the Cubs a better PTBNL.  And then adds the name Raul Alcantara; so where do I sign up for that trade?

-       A couple of other teams that are  interested in Luis Valbuena are the Blue Jays and Tigers.

-       Wesley Wright is gaining the most interest from the Angels and Cardinals.

-       According to Ken Rosenthal the Dodgers talked to the Cubs about Samardzija but it never got serious considering they did not want to part with Joc Pederson or Corey Seagar.

-       Rockies owner Dick Monofort said in Patrick Saunders transcriptthat the Rockies had interest in acquiring Jeff Samardzija but the asking price was Eddie Butler and some other stuff.

-       A source told me the Orioles have been sending a scout “to just about every game” the Cubs have played recently.  The Orioles are looking for help at 2b, the rotation, and bullpen.

-       Edwin Jackson is getting just mild interest right now but the Yankees, Marlins, and Rockies are potential suitors.

-       I am told the Cubs are still very much interested in Dustin Ackley but also have interest in 24 year old struggling pitcher Erasmo Ramirez of the Mariners.

-       So a surprising name that teams are interested in… Junior Lake.  Not sure if the Cubs would deal him but he has teams interested in him regardless. 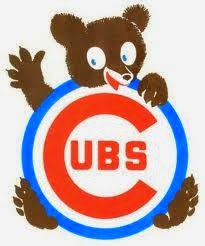 Prospect Shuffle: How Things Are Going to Shake Out?

Now I can tell you that unless your God himself or have a time machine you are not sure what is in store for the Chicago Cubs and their prospects.  But that is not going to prevent me from talking about how this prospect shuffle will shake out.  So here we go!

Promotional timing is key in the development and decision making process of this front office.  You first need to have the player succeed, MLB timing factors, space on the roster, etc.  It can be a tricky situation with that alone but then add in the positions the Cubs have a girth of talent at and you have a real good problem.

Arismendy Alcantara: The first major prospect that will be called up this season is Arismendy Alcantara.  He has spent the most time successfully in AAA Iowa batting .309 with a .351 OBP 21 SB and 10 HR.  He has been killing it of late hitting .415 with a .455 OBP 1.040 OPS in the last 10 games.  Also during that 10 games he has 3 steals, a homer, and 6 RBI while mainly hitting leadoff.  Besides the Cubs FO basically eluding to him being called up soon; he has been seeing time in CF which suggest the FO is looking to make sure he can get consistent ABs at the ML.  He has done tremendously well in the OF so they only thing holding him back is space on the 25 man roster. That space will likely be cleared up before the July 31st trade deadline when a guy like Nate Schierholtz, Darwin Barney, or even Luis Valbuena is traded.  I look at AA to be called up late July or early August.

Addison Russell: He will not spend much time in AA playing for the Smokies.  Russell will be on the fast track to the Chicago Cubs much like Kris Bryant.  In fact after Alcantara is promoted to Chicago the corresponding move will be to call up Baseball America's top 10 prospect Russell to the Iowa Cubs.  I honestly think he has a real shot at making his way onto the Chicago Cubs 25 man roster in 2015.

Albert Almora:  Almora has been on a tear recently hitting .442 with a .478 OBP with only 2 SO and 3 walks.  Almora can play CF right now for the Cubs defensively and the only thing holding him back is the development of his approach and his hitting.  I think he has a cup of coffee this season in  AA Tennessee if he continues what he has been doing lately.

Kyle Schwarber:  The guys can just hit and I think he ends up in Daytona or maybe even with the Smokies by seasons end.

Kyle Hendricks:  Not one of the "Sexy 7" (thanks for that Brett) but still a prospect and a darn good one.  I think he actually gets the call to Chicago before Alcantara. (Looks like today!)

Unfortunately guys like Kris Bryant, Javier Baez, and Jorge Soler are not going to see any promotions this season.  There is clock issues with Bryant, Javier Baez still needs some more development at Iowa, and Jorge Soler needs to prove he is healthy.  I think Baez and Bryant both have a shot of making the team out of Spring Training in 2015 and I can see Soler starting in Iowa next season if (and that is a big IF) he can stay healthy.


Moving Around the Diamond

A big question is where are all these prospects going to play and well things like this kind of work themselves out.  First off I can see some of these prospects being dealt for impact bats or pitching.  I can also see the Cubs keeping all of these guys for a while considering the developmental stages of each player varies and you are not likely to run into a situation where 3 infielders are all ready for the ML at the same time.  Things happen like injuries, set backs, and trades.  But having said that here is what I think we are likely to see.

Arismendy Alcantara:  He is going to primarily play CF for the Cubs with also seeing some time at 2b and spelling Castro at SS once in a while. In 2015 he could end up in a super utility role with his primary position being CF.

Javier Baez:  After Alcantara gets promoted to Chicago, Javier Baez will then start seeing time at 2b and 3b.  I think his full-time position will end up being 2b in Chicago but I also think the Cubs will want to see how he does at 3B.

Addison Russell:  Once he is moved up to Iowa this season I think you will see him play primarily SS but with Castro strongly entrenched into SS his eventual position will be 3rd base.  There has already been talk that because of his size and bat he can project well playing 3rd base.  Think Manny Machado.

Kris Bryant:  We may very well see Bryant make the transition to OF sometime soon especially with the amount of infield prospects the Cubs have.  Besides Baez, Bryant is the only infielder on the list that profiles well for a corner OF spot.  Honestly unless Russell or Baez is traded I see Bryant ending up in RF for the Chicago Cubs.

Jorge Soler:  Some scouts recently said his defense might not be good enough to play RF in the Major Leagues let along Wrigley Field.  Many think he could handle RF on a part time basis and his bat fits well there but LF will likely be his home.  Now whether it is in Chicago is another story.

Kyle Schwarber:  His bat will not let him stay at catcher but the Cubs may be in a position to slow him down and see if he can stay there.  There is no rushing Schwarber especially if Theo and Jed plan on keeping the prospects I listed above.  You only have so many spots on the diamond so seeing if Schwarber can stick at catcher might be the best route to take.  Having said all that I think he still ends up in the OF.

Mike Olt:  While I am not giving up on Mike Olt I think he may end up seeing full playing time in Iowa very soon where he could develop into a super-utility guy that can play all over the diamond and be a big bat off the bench.

Junior Lake:  He may suffer the same fate as Mike Olt but I still think he stays in the Majors but I honestly do not see him as a core piece going forward.

I have been going back and forth on whether I think this front office should and will trade some of these young top prospects I listed above for other area needs like pitching and/or a proven young dynamic OF bat.  I now believe that Theo and Jed will hold onto the "sexy seven" and use the money they save by keeping these players to spend on free agent pitching (that is not to say they won't trade some of the "other" prospects because I think that is a forgone conclusion).  The market next season for free agent pitching is not fantastic but it is solid with guys like Brett Anderson, Yovani Gallardo, Hisashi Iwakuma, Francisco Liriano, Jon Lester, Justin Masterson, Max Scherzer, James Shields, and Brandon Morrow. If the Cubs go into next season looking to spend on just two of these pitchers and a veteran clubhouse guy (I like Kevin Gallo Tori Hunter idea) to go along with their young talent then things are looking pretty good.

With all that said this is what I think the Chicago Cubs lineup will look like at some point in 2015.

How about the rotation?  Well I think the Cubs finally spend (maybe even overspend) for pitching.

(And yes... I believe the National League will have a DH starting in 2016 if not before)