It is that time of year to do my stat projections for the 2013 Chicago Cubs. It should be noted that I have listed only the 25 man roster in the past but since the Cubs some impact players starting on the DL I have included them (Matt Garza and Scott Baker). I have omitted Ian Stewart because I do not think he will play a game in a Cubs uniform this year and I did not include Brett Jackson because his call up status is in question.

I predict the Chicago Cubs to go 76-86 which is good for 4th place in the division ahead of the Brewers. Now let’s get down to the 2013 Hot Stove Cubbies Stat Projections for the Chicago Cubs. 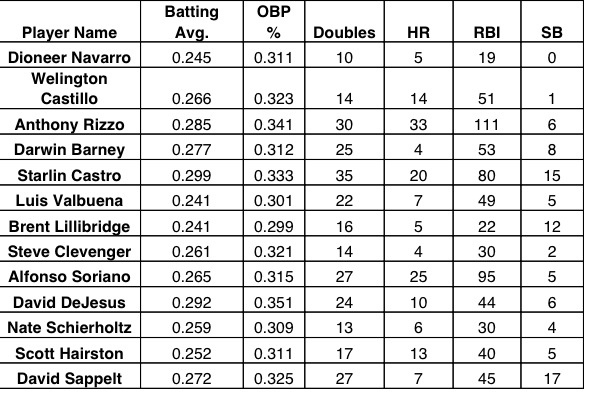 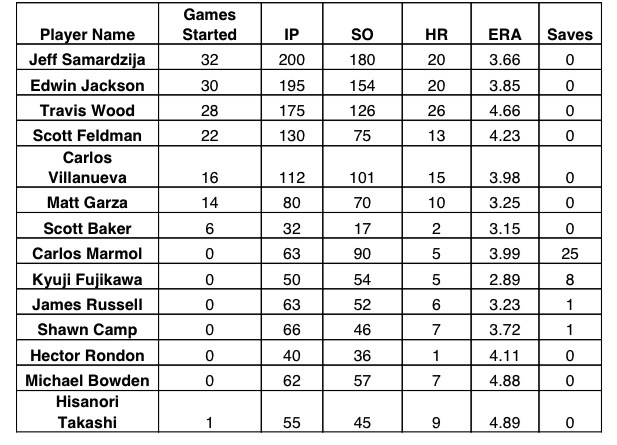